We finished Saturday’s VLN-race in second place in the TCR-class after an almost perfect race at the Nürburgring Nordschleife.

First of all, it was so rewarding to do this race, since our last race was in April and the next one in August. The last years we have had a very long break between April to August, and it means so much for the motivation to have a race in between.

We did quite a lot of testing on Friday, and the car felt good straight away. We have done some minor changes and during the first practice I was faster on the Grand Prix-track than ever before with this car.

The qualifying was unfortunately ruined for me. I had a lot of traffic on my first lap and several yellow flags, but I managed to secure provisional pole with five seconds. My two next laps was ruined with code 60’s. In the end my team mate Kenneth got one free lap without much traffic and yellows, and he managed 08.45, just two tenths from pole position. 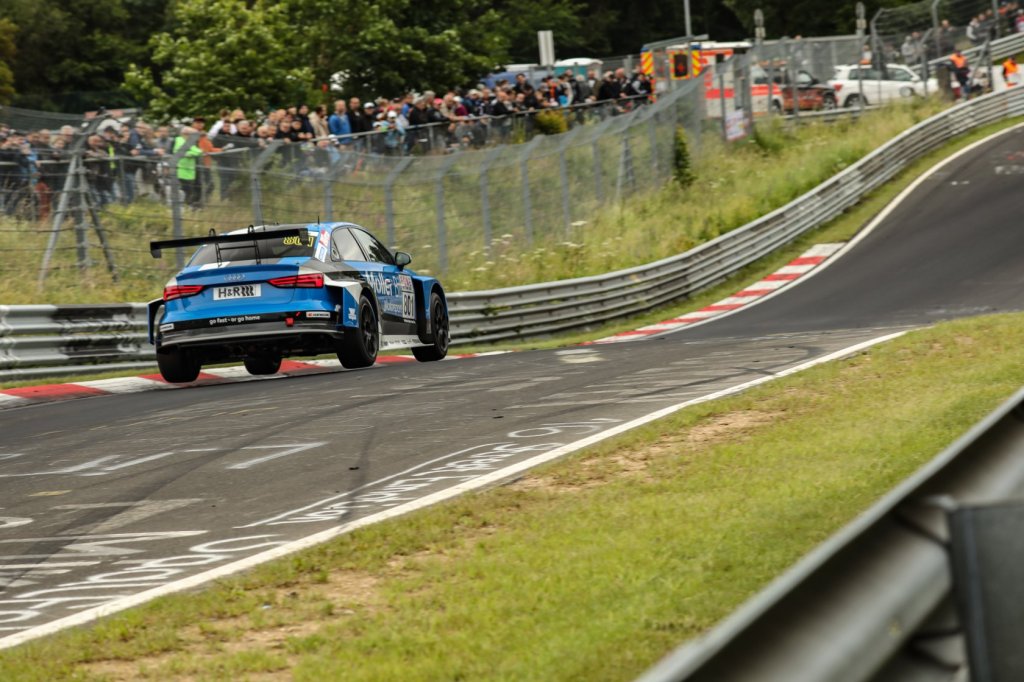 Most teams choose the same driver to do the last stint in qualifying and the first in the race. I had this role in the team for four years, and it went very well with five pole positions, several fastest laps and perfect starts with no incidents in every race. But last year we felt it was time for a change. Kenneth, our youngest driver, had showed some good speed, and we wanted to let him have a try to be our «lead driver». Kenneth has done a really good job with good qualifyings and good starts, and now I have another role in the team, more as a foot solider, sort of speak. And I’m very happy with that. I had my years in the «spotlight», which resulted in some flattering offers from other teams (that I turned down), and Kenneth is really doing a good job these days. He is also still at an age where he can be discovered by bigger teams.

They had some trouble in their last pit stop, and we were not far behind out of the pits. But I immidiately lost some seconds when I couldn’t turn of my pit speed limiter for some reason. After some seconds I was able to turn it off, but then Gülden already had quite a few seconds on me. Then he was a bit faster on some laps and I on others, but all in all he was a bit faster, and we finished the race in second place.

I’m quite happy with my stint. My fastest lap in the race was 08.56 (with a bit of rain), and on the same lap Gülden had 08.49 – seven seconds faster. It was the same difference between Gülden’s and Kenneth’s fastest lap in the first stint, but I think the Cupra is a bit faster with it’s sequential gear box.

All in all it was a good day, and I think we will be even closer this fall. Thank you to the team for a perfect job. Next race is in August.