We finished second in our first VLN-race of the season. It was an ok race for us under difficult conditions.

My team mate Kenneth started the qualifying for us Saturday morning, before the rain hit the track, but it was damp, a lot of traffic and yellow flags, so Kenneth wasn’t able to set a good lap time. After getting some tips from Porsche-pro Dennis Olsen (picture), who shared our garage since both his and our team is Manthey, it was my turn. But my laps was also ruined with traffic, yellows and now also rain, so my lap time was just good enough for fourth of the just five cars in TCR, and that’s nothing to be proud of.

When the race started it was raining heavily, and Kenneth was the first driver. He progressed to second, but lost some time to the leading Cupra from Mathilda Racing. Then Håkon took over and it was still raining a lot. Then it was my turn, and after one lap I saw that the Cupra of FEV Racing came out of the pits just in front of me. Now we were third, but I closed in on the Cupra. Maybe the driver saw me in the mirrors and felt the pressure, because he spun at Metzgesfeld, but he could continue. I was now second however, and I increased the lead to the third placed driver. On the second to last lap I also set the fastest lap of the race in the TCR-class, but the gap up to the leading car from Mathilda Racing was too big, and we finished second. 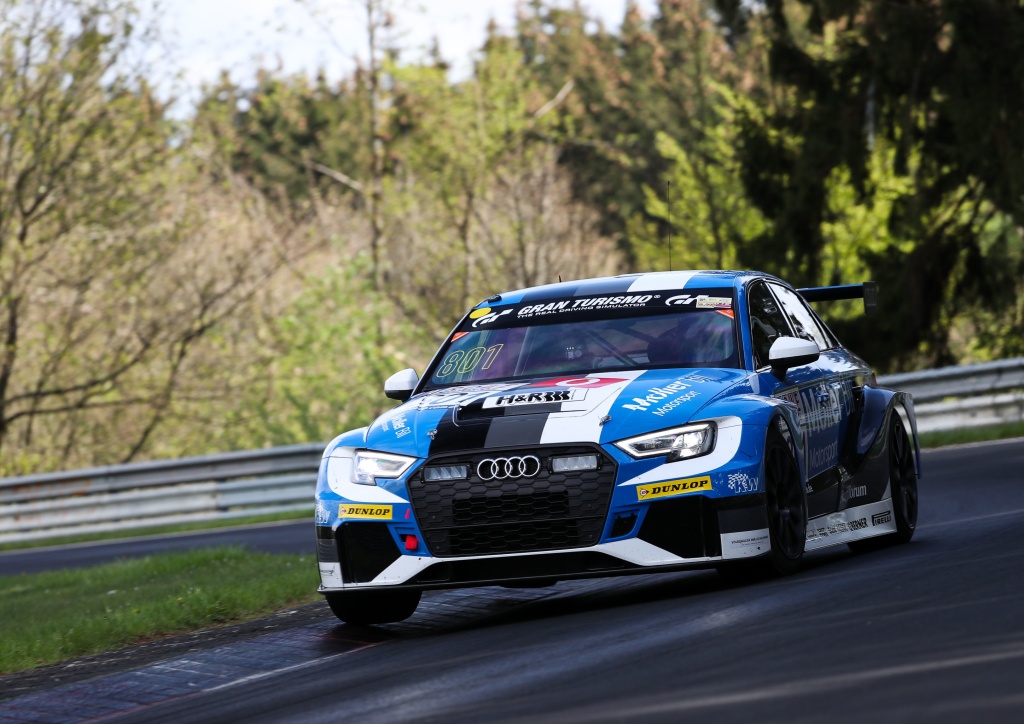 This was not one of our best races, but we did ok. I was hoping for more cars in the TCR-class, and I find it strange that there aren’t more TCR-class in VLN. In every other championship the TCR-class is thriving. We were missing a couple of factory-Hyundai’s this time, and also a Honda, Opel and a Lada that has been competing before. And it’s a shame to see a couple of other TCR-cars competing in other classes in VLN. The potential is at least 10 TCR-cars in each race.

On a different note, we were many Norwegian drivers this time, and we took a picture of all of us. This was Oskar Sandberg, Christian Krognes, Inge Hansesætre, Dennis Olsen, myself, Anders Lindstad, Kenneth Østvold, Håkon Schjærin and Sindre Setsaas.

Directly after the race I flew home to announce the Azerbaijan Formula 1 Grand Prix on Norwegian TV, while some of my team mates had to drive home because of a strike…

The next race for us is August 3rd. Now I’m looking forward to a long summer to pursue other interests with my family.