We won the last VLN-race of the season with just 0,9 seconds after 4 hours driving!

Wow, what a race. First Kenneth and Håkon had two very good stints, but we had some troubles with the car. The differential wasn’t working and the brakes were not good.

When it was time for my stint I was followed closely by the Cupra of Mathilda Racing, but I increased the lead and they later had to retire. Then the victory looked secure, but suddenly the car went into safe mode. Probably because of too much wheelspin because of the diff-problems.

I had to stop the car on track, turn off the engine and start it again. Then the car suddenly worked, but now I had lost all my lead to Nürburgring-legend Andreas Gülden in the Max Kruse Racing Volkswagen Golf. 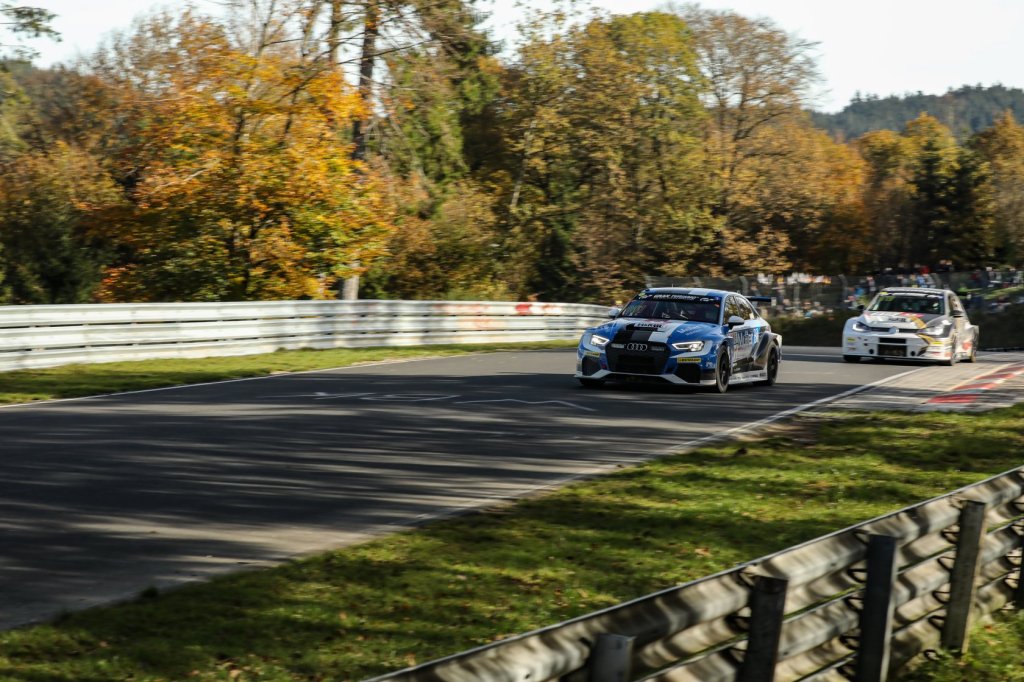 He was four seconds behind with one lap to go. I drove like a qualifying lap, but in Brünnchen I was caught up behind a Porsche who did 50 kph in a code-60! Now Andy was right behind me, and when the code-60 was over we were side-by-side!

I took a chance and overtook the Porsche in the next corner, and it was some crazy last corners, but I did it in the end, and we won the race with 0,9 seconds after 4 hours!

That was a great feeling, especially since I have been away for the two last races to focus more on family and work. This was a great “come back”.